Our office focuses on complete care.

We provide affordable comsmetic dental services for all. 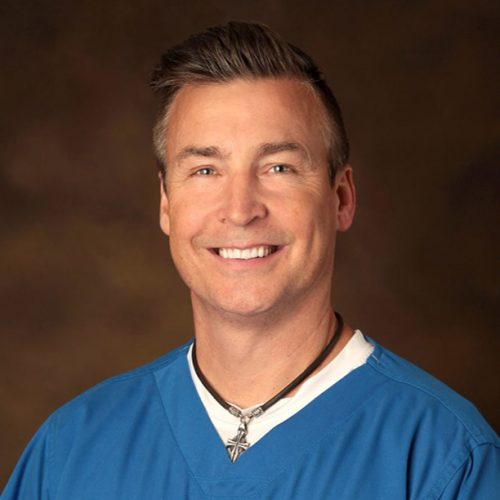 From a young age, Dr. Garner followed his entrepreneurial spirit. He chose dentistry as his profession because of his delight in working with his hands, his enjoyment of interacting with others, and the opportunity to practice as a businessman. Beginning with one small dental practice, Dr. Garner spearheaded the complete growth and expansion of Garner Dental Group into what is now 23 locations in several states.

Long-time residents of Hattiesburg, MS, Dr. Garner and his wife, Michelle have been married for over 20 years. They have three children, Gage, Landon, and Cannon. Gage is in real estate in the Hattiesburg area. Landon and her husband, Tyler, currently live in Jackson, as Landon is following her father’s footsteps and studying to become a dentist. Cannon is attending Louisiana State University.

The Garners are active in the Hattiesburg community, including supporting key charitable organizations such as the Pink Ribbon Fund and Hub City Humane Society. Dr. Garner and Michelle participated on the Emmy-winning CBS television show “The Amazing Race” and were one of the final teams. Dr. Garner’s reality show, “The Tooth Hurts”, is now in its third season and can be viewed on local channels as well as YouTube.

In his limited free time, Dr. Garner enjoys an active lifestyle including working out, playing golf, and time spent outdoors with his dogs. The Garner family is tight knit and can often be found traveling or attending sporting events together. 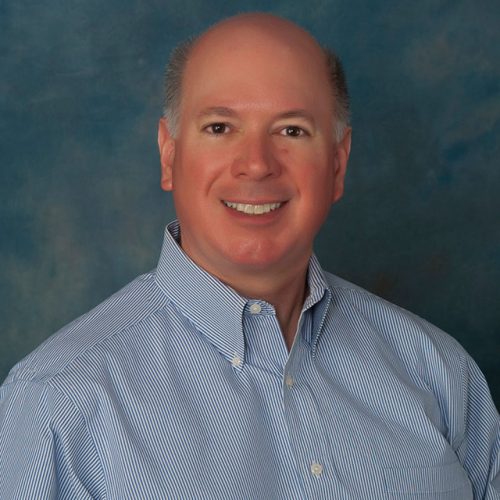 Dr. Frank Winn received his bachelor’s degree in biochemistry in 1976 from Louisiana State University. He then graduated from the LSU School of Dentistry with his DDS degree in 1980. Dr. Winn continues his dental education bimonthly and is a member of the American Dental Association and the International Team for Implantology.

Dr. Winn has been married to his wife, Valerie, since 1982. He is an active member of the Rotary Club of Gautier, and he is a past-president and a Paul Harris Fellow. His goal as a dentist is to provide the best possible treatment in the most comfortable manner for all of the patients who visit our practice. 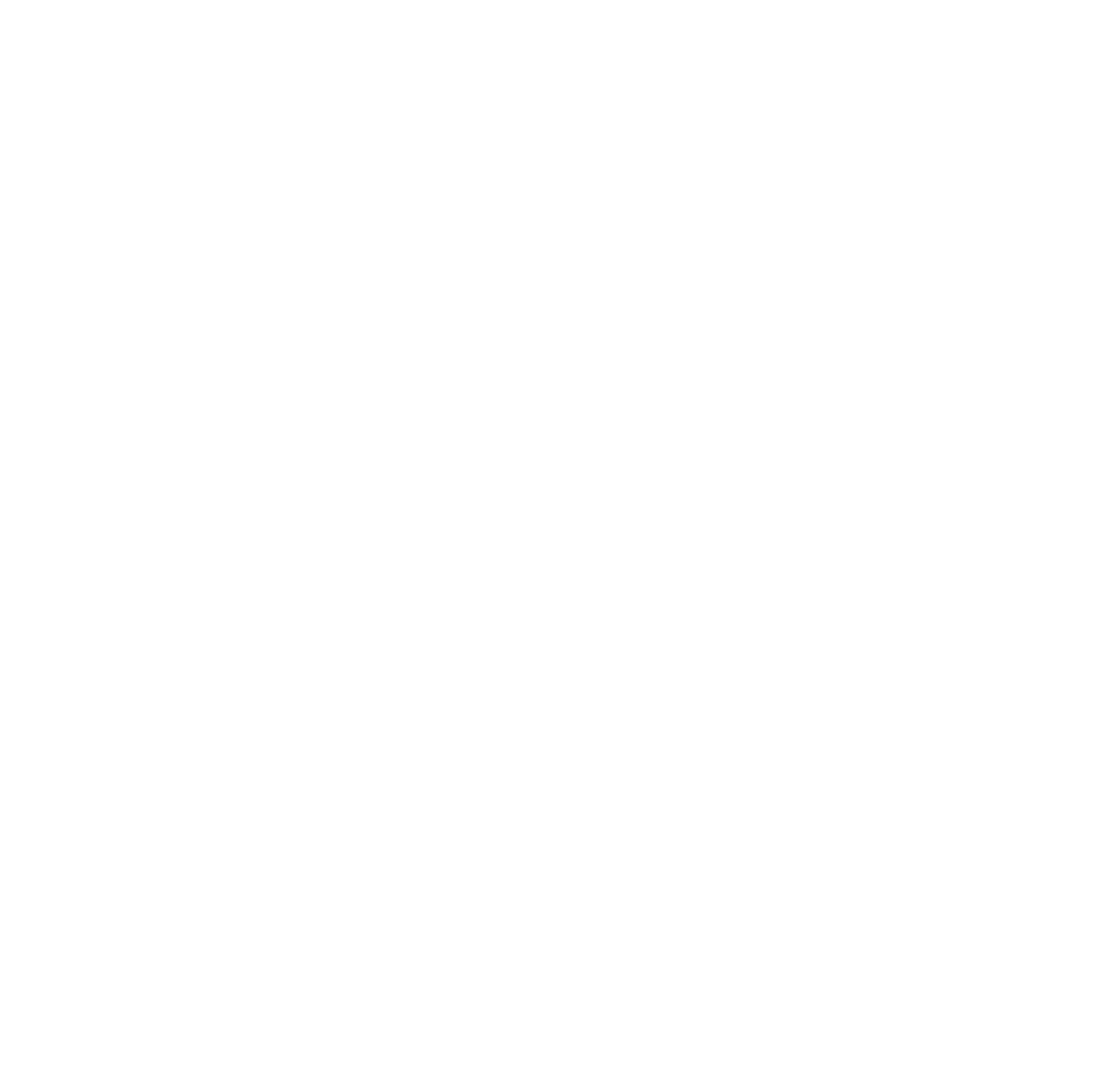 Our clinic can easily accept patients with many different types of insurance. Ask us for details! 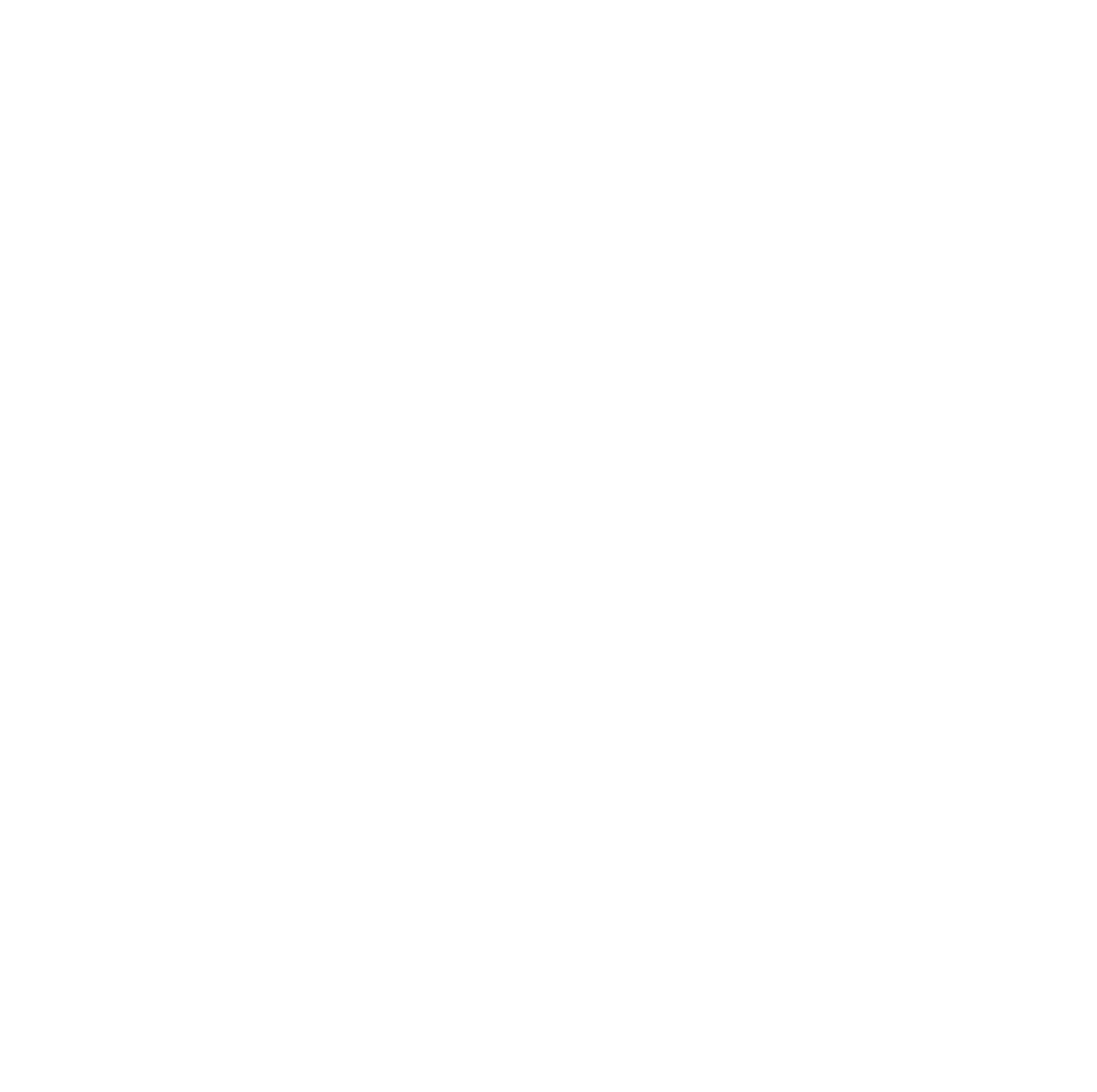 Use of Innovative Technology

All procedures are furnished with state of the art equipment and maintained at the highest standards. 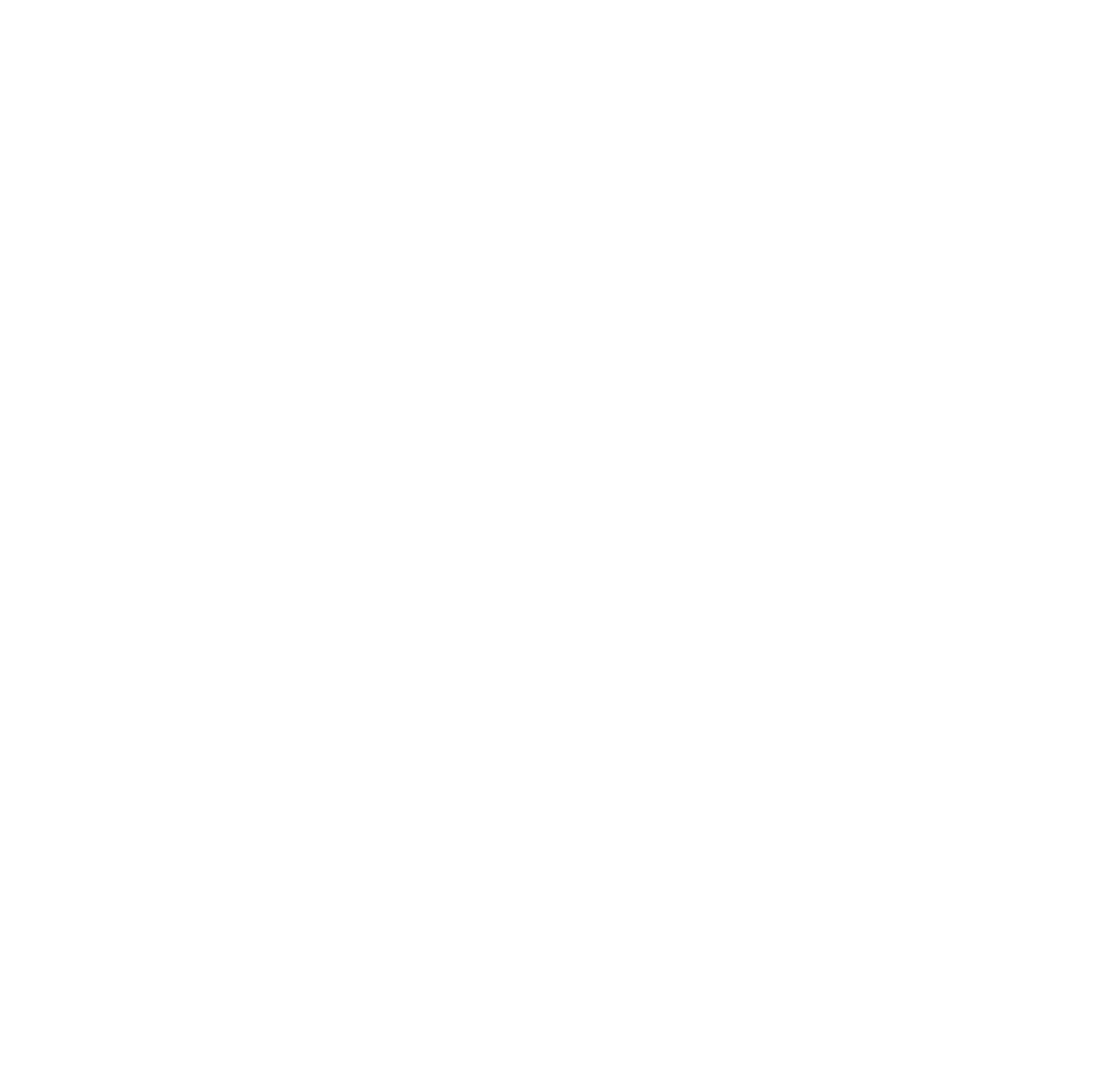 Our treatments are performed by skilled dentists based on today’s standards of care, which promotes the best treatment outcomes. 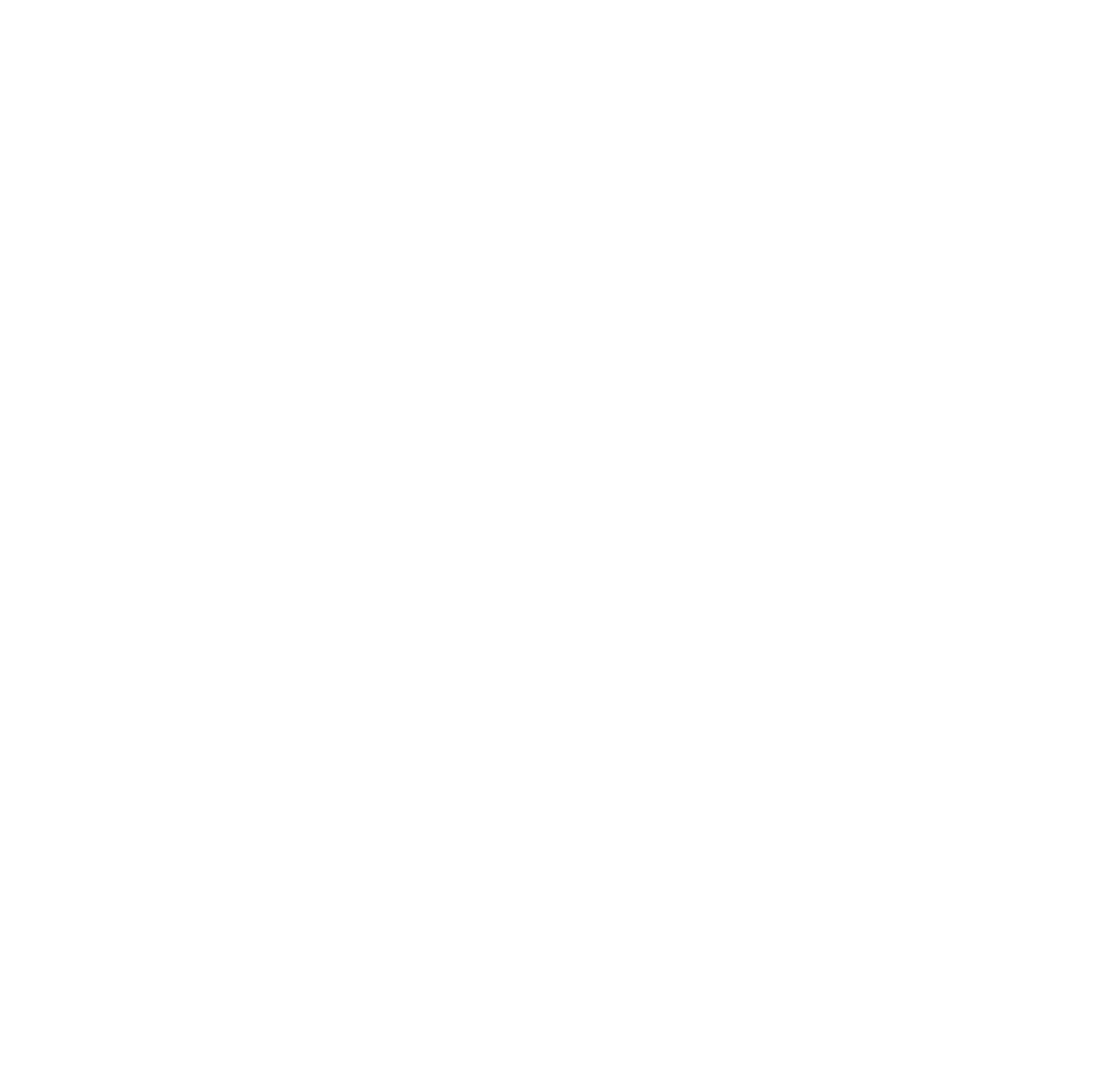 With many years of dental experience, we are experts in all facets of dentistry. You will receive the best care available.

Sheka Lawrence
Best dentist office I’ve ever been too! Dr. Weihe is so gentle, her assistants are very informative! Braelynn helped me with insurance and helped explained my treatment plan to me. I will definitely recommend my friends and family.

Brandon Russell (Bruhhhitsbrandon)
I love the office, and all the workers were absolutely amazing! Dr. Weihe was very sweet and she made me feel very comfortable. In the past most of my dentist and some of my dental assistances were horrible. They were very rude and didn’t have patients. I will be at this office again to get my teeth cleaned again. such a great place and the people are so awesome.

Trevor Necaise
The new office is so nice, they did an amazing job! The front office girls were very welcoming. I was very nervous to go to my appointment but the assistant Braelynn & Dr. Garner were awesome and made my visit feel very comfortable. Love it here

Raven Pratt
I love the staff here! Very professional, very polite, gave me more information about the questions I had. Macee greeted me when I walked into the door and got me checked in right away! Will definitely be coming back!

dalton morrow
The prices are very reasonable and the customer service is outstanding You get greeted as soon as you walk in the staff up front was so kind and caring as well as pretty All 10s at that office!!!

Mayra Arias
This is the best dentist office I have ever been too. Felt like family. The whole staff is super helpful. 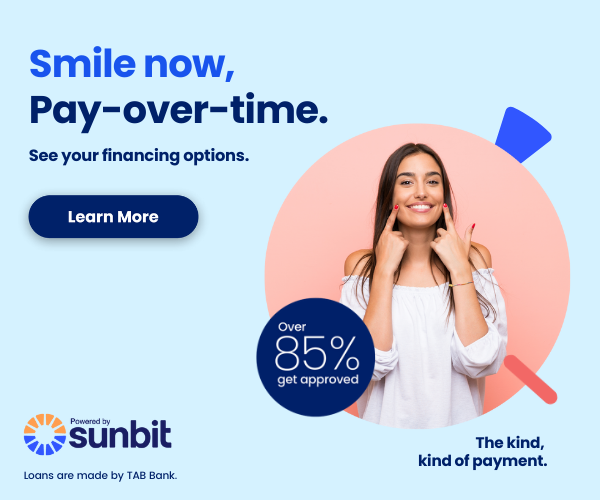 Sunbit offers patients a way to split their bill into monthly payments, up to 72 months!

No late fees or penalties

See your options in 30-sec